Get your download now by simply filling in the short form below.

How to stop microsleeps and prevent collisions

Concentration has to be one of the most important aspects of driving. If we don’t concentrate when we are behind the wheel, sooner or later, we are bound to have a collision. Unfortunately, concentration is one of the first things to be affected by lack of sleep. It’s rare for a driver to completely fall asleep at the wheel, but it’s common for drivers to have short lapses in concentration, these are called microsleeps. It's important to know how to stop microsleeps  if we are to prevent collisions.

The Danger of Microsleeps

If one of your employees is getting less than seven hours of sleep a night on a routine basis. They are at risk of having microsleeps as they drive.

Microsleeps only last a couple of seconds but in that time, all perception channels stop, not just vision. This means that for a few seconds, the ability to operate a steering wheel and pedals stops. It’s common for the driver to not even realise they’ve had a microsleep.

At 30mph a vehicle travels 44 feet in a second. So a microsleep of two seconds will see your vehicle travel for 88 feet with you having no conscious control of the vehicle. If that happens on a bend you’ll be off the road or in the oncoming carriageway.

The problem is that people don’t know how fatigued they are. Research shows that millions of people have been living in a fatigued state for years. We grow used to operating at a sub optimal level, when people say ‘it’s ok, I can get by on 5 hours sleep a night’. They’re wrong, they will have got used to a poor standard of performance and they’ll be developing chronic diseases. They will also be 3 times more likely to have a crash. Knock that down to four hours sleep and they are 11.5 times more likely to have a crash compared to if they’d had 8 hours sleep. The increase in mortality rate with lack of sleep isn’t linear, it’s exponential!

The take away from my last video was that you need an evening schedule that sets you up for night of eight hours sleep.

How to stop microsleeps?

So how can we stop microsleeps and prevent collisions? The key thing to remember if you start to feel fatigued when driving is that you cannot power through it. You need to stop and take a nap for 20 minutes. When you wake up, don’t start driving immediately, you’ll have sleep inertia. Wait at least 15 minutes to wake up, go and get a coffee. When it comes to taking naps on a long drive, the rule of diminishing returns applies. At some stage you’re going to have to stop and find a bed.

Maybe this can form a toolbox talk for your drivers? If you want need any further assistance on collision prevention, contact me at james@fleetsafetyacademy.co.uk 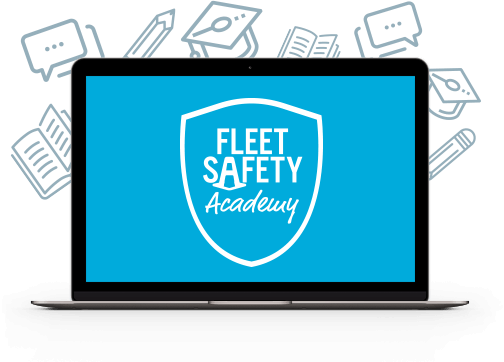 The Fleet Safety Academy has been developed to offer advice, expertise and risk management strategies in order to develop your fleet safety and occupational road risk programme with ease.

Looking for help with this subject?